Dr. Saggu is a name well known for a family of Homoeopaths dedicated to the noble cause of serving people with the magic of Homeopathy. Dr. S.S.Saggu is the son of Dr. T.S.Saggu and Dr.(Mrs).Tajinder Saggu, both leading Homoeopaths. His grandfather Dr. G.S.Saggu was a Homoeopath and a scientific researcher of high esteem. The family is dedicated to the noble profession and is known for curing incurable medical cases from all over the world.

Dr. S.S.Saggu passed his bachelor degree from Nagpur and has topped the Nagpur University in B.H.M.S 1st & 3rd. He is equally complimented by his wife Dr. Ami Saggu, an experienced Homoeopath from Mumbai.

Dr. S.S.Saggu had a strong family history of eczema & atopic disease from both his parents. While still in 2nd year he developed severe Allergic Rhinitis for which he took Homoeopathic medicines but the ailment went on & he developed mild Asthma in 3rd year. Depressed after suffering from asthma he went on to take help from many physicians. The ailment got suppressed for some time and returned forcefully in winter. He then took a mixture of both (Homoeopathic & Herbal) which acted wonderfully to almost cure his asthma in about 6-8 months. He started working on the Homoeo-Herbal formula while still a student with a dream of curing people suffering from this incurable disease. For the past 20 years after completion of his degree he has cured thousands of Asthma patients from all over the world. Overwhelmed with the astonishing results from the medicine they have decided to spread the grace to the suffering humanity. The immune booster Homoeo-herbal formula will now be available only for children between 2-15 years age. The adult range will be available shortly.

Read what my clients say about our success that they’ve achieved.

I was suffering from Asthma since childhood. when I was 4 years of age my father took me to Dr. Saggu, who started his treatment for 2 years 8 months. I improved steadily and in due course of time I was free from Asthma. After his treatment it has been ... 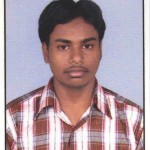 I was suffering from asthma since childhood (age18). My parents got me treated from allopathic doctors every time I would suffer an asthma attack. Almost every month I used to fall sick with cough and breathing problems. I was tired of cough and breathing difficulty and I had lost hope ... 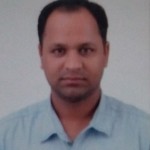 This is to acknowledge the acumen, since efforts, empathy of Dr.S.S.Saggu towards his patient and me. I was suffering from acute Rhinitis, Pharyngitis and sinusitis since my school days. I was very sensitive to change in weather, temperature, dust and this was greatly affecting my academics. In the period from ... 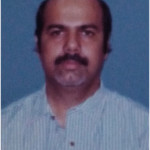 I have been suffering from breathlessness and asthma since the last 18 years.  I am hyper sensitive and allergic to weather change and things like pollen and dust. Because of asthma I have been hospitalized a couple of times and have been under the treatment of various doctors.  I have ... 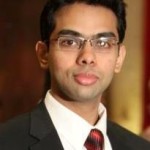 More than a decade and half back my mother fell critically ill and the highly qualified doctors lost all hopes. It was at that difficult time that I opted for Homoeopathy and contacted Dr. S.S.Saggu. To the surprise and relief of all of us, including the treating doctors, Dr. Saggu ... 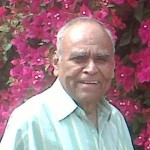 My first meeting with Dr. Saggu happened about six years ago on a visit to Jamshedpur. I was suffering with a very bad allergy cold and seeing my plight, one of my colleagues told me about this excellent homeopathy doctor in Jamshedpur and suggested that I meet him. Without being ... 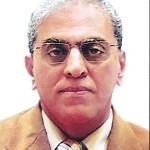